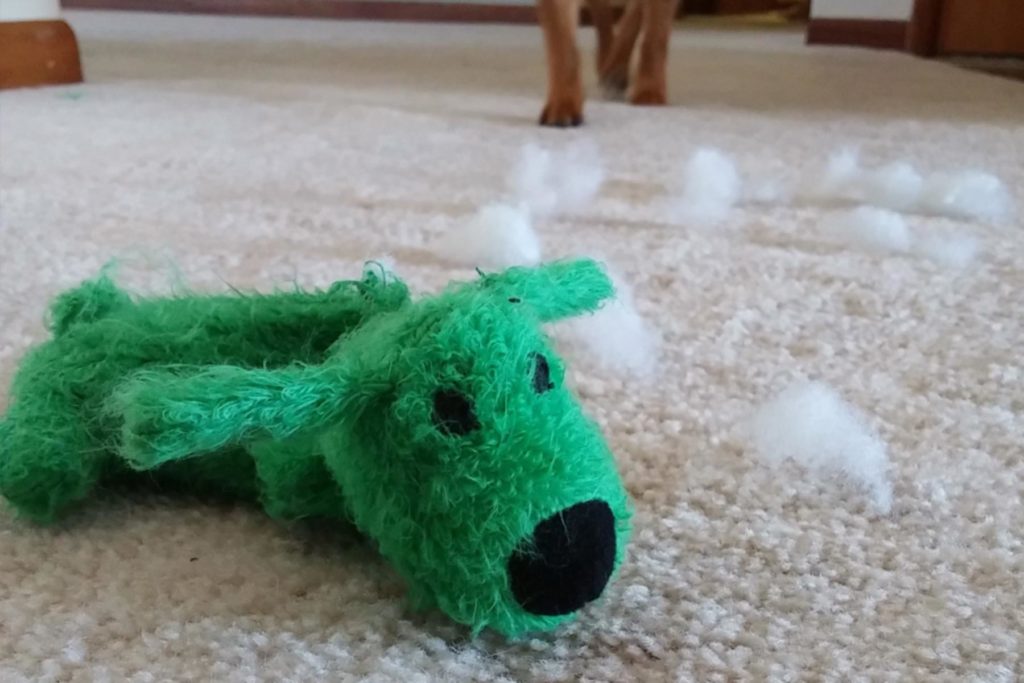 It all started with a cat.

I have always loved cats. I would definitely consider myself a “cat person.” Growing up, we usually had at least one pet cat in our household at all times. I had never even owned a dog.

So when the small, orange striped cat started hanging around our house and the church, naturally my first question for Randy was, “Can we keep it?”

Unfortunately, I knew the answer to this question before I even asked. Of course we couldn’t keep the cat. Randy had horrible allergies around cats. But I still enjoyed a wonderful week of taking care of the cat, feeding it, and going outside to play with it on our back patio. We affectionately called the cat “Renner.”

But after a few days, I thought it would be best for the kitty to have an actual home, rather than just a bowl of food in our backyard. Renner ended up going to the home of a nice, elderly woman named Joan. (She, however, probably doesn't call him Renner anymore.)

When we gave the cat away, Randy could see how much it upset me. I had really enjoyed having a small, cuddly animal around the house. So he offered me a compromise.

“We couldn't keep the cat. But do you want to get a dog?”

I replied, “Sure. As long as you can find me a dog that acts like a cat.”

And dogs are pretty high maintenance too.

For cats, all you have to do is keep their food bowl full and their litter box clean. But for dogs, you have to take them on walks, give them baths, board them when you go out of town, feed them at certain times, train them not to potty in the house, take them to a groomer, keep them from eating your shoes, and so on. I wasn't sure if I was ready for that level of commitment or responsibility.

...But I was pretty bummed about the cat being gone, so I agreed to go with Randy to visit our local SPCA shelter.

We originally wanted to adopt some sort of terrier. Something small and friendly that would be content in our tiny backyard and wouldn't require too much exercise. However, terriers are pretty hard to find in shelters, so we figured we’d be looking for a while.

As we were walking along the row of kennels at the Enid SPCA, every dog was barking and jumping, excitedly trying to grab the attention of their new human visitors. (I was less than impressed by their wild antics and energetic displays.)

But we noticed one dog behaving a little differently than the rest. Instead of jumping up and down or barking loudly, he was just sitting quietly at the door of his cage with his big ears perked up and little head cocked to the side. It was almost as if he was looking right at me and Randy.

The information sheet on his kennel door said that his name was Duke. We asked the shelter worker what his story was. He explained that this little guy had been at the SPCA for several months already. Since he seemed to display aggressive alpha male tendencies, he would not be a good fit for a multiple-pet household. So people who already owned pets were excluded from being able to adopt him.

That day, we spent a little bit of time playing with several of the dogs to see if we felt an immediate connection with any of them. The first couple of dogs seemed really excited to see us. They jumped up on us, licked our hands, and wagged their tails. Duke, on the other hand, was kind of an odd-ball. He seemed much more interested in exploring the visit room than in playing with us. He was a cute little guy, though.

Over the next few days, I just couldn't get little Duke out of my mind. He wasn't at all what we were looking for in a dog. Instead of being a terrier, he was an odd combination of corgi and chihuahua (or at least that’s what the SPCA thought). He was even a little bit bigger than the miniature or toy dog size that I’d had in mind. Even the fact that he shed was a turn-off for me; I preferred a dog whose fur would just grow out and need regular trimming.

But I couldn't stop thinking about Duke.

I couldn't put my finger on it, but I just had a good feeling about him. I very much appreciated his low-key personality that was in stark contrast to every other dog at the shelter. I couldn't describe it, but I just felt like this was the dog for us.

Randy cautioned me to continue to think about it. He explained that being around a dog for fifteen minutes doesn't give you an accurate assessment of its personality. The dog might act differently once we took him home.

We eventually reasoned that if Duke was still available for adoption in a few days, we would take that as a sign.

On Friday afternoon, Duke was still available, so we went back to the SPCA to spend more time with him and determine if he was coming home with us. We went outside to play with Duke in the yard area, and just like before, Duke seemed to be disinterested in us. Whenever I reached down to pet him, he would  run away to smell a patch of dirt on the other side of the yard. The SPCA staff person kept apologizing for his lack of playfulness, assuring us that Duke was just distracted.

Despite my hesitations about Duke (and my misgivings about dog-ownership in general), we decided to adopt him. So we signed some papers, bought some supplies, and took Duke home with us. (We also felt like the name "Duke" did not fit him in the slightest, so we re-named him "Oscar".)

And as they say, “The rest is history.”

Oscar has now become an indispensable part of our family. We quickly became enamored with this quirky dog whose unusual personality fit in well with our own awkwardness. And I will admit that I love him. Genuinely, honest-to-God love him.

I love that Oscar is a dog of habits and routines (much like myself). He starts out his day (once we've released him from his crate), by snuggling in bed with me for an hour or so. At a certain point, he promptly wakes up from his nestled slumber and goes to the back door to be let outside to do his morning business. He follows this with breakfast, a couple of hours of sunning himself in the small patch of light let in by our sliding glass doors, and looking out the front windows of our house. He ends each evening by pawing to be let outside for his final potty time, and then walking directly to his crate. Many nights, he doesn't even need to be told to go to his bed; he goes there all on his own.

I love that Oscar can be playful and energetic, but is mostly relaxed, laid-back, and chill. He absolutely loves going on car rides and walks (in fact, we have to be careful not to say those words if we are not actually going on a car ride or walk, because he gets so excited just by their mention). But he is also perfectly content to curl up on his dog bed and snooze the day away.

I love that Oscar gets scared by the dumbest things. Recently, he’s taken to digging around in our yard (presumably, looking for moles). But when he sees or smells something that startles him, he jumps back about a foot in the air. Some of his other silly fears include: aluminum foil, the vacuum, empty plastic bags, bugs, bubble wrap, and the broom.

Oscar is curious, sweet, cuddly, smart, and obedient. I’m so proud of the tricks he’s learned (sit, stay, come, shake, roll over, play dead, and -- my personal favorite -- hold a treat on the top of his head and catch it in his mouth.)  He loves being around people and other dogs. (And we've never once seen him display those “aggressive, alpha male tendencies” that the SPCA had warned us about.)

I honestly wasn't sure if I could love a dog the way I do Oscar. I still wouldn't consider myself a “dog person” because most other dogs out there continue to annoy me.

But Oscar is definitely the dog for me...even if he’s not a cat.