"We Don't Need No Modern Jesus" 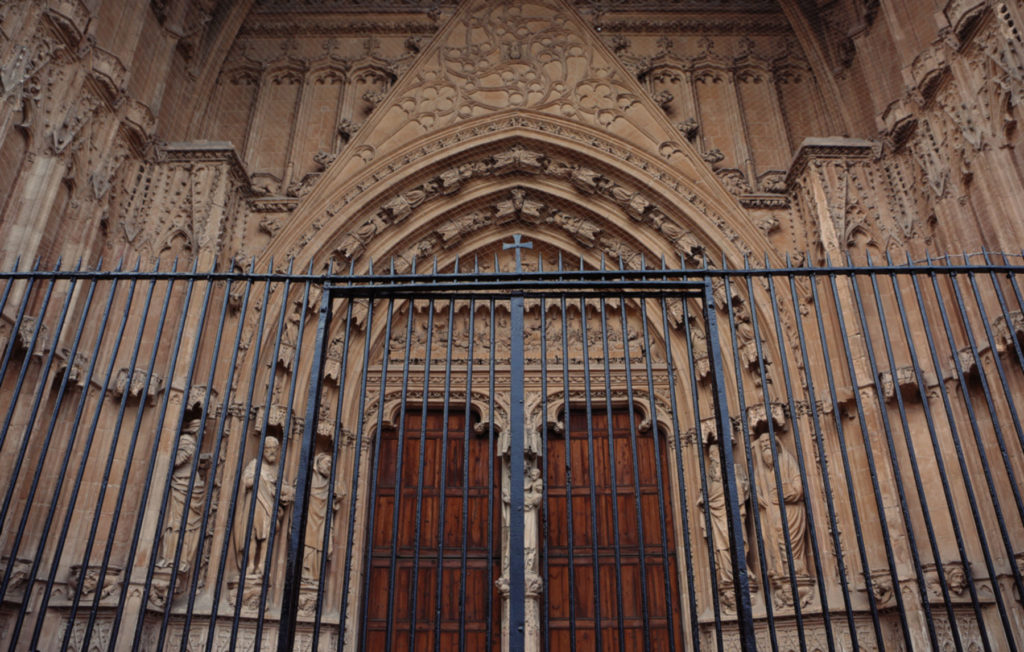 There’s a song that I recently can’t seem to get out of my head: “Modern Jesus” by Portugal. The Man. This intriguing and catchy song has captured my interest and piqued my curiosity.

In the music video for “Modern Jesus,” religious images of stained glass windows, icons, crosses, and cathedrals are juxtaposed with clips portraying American cultural symbols: a waving Confederate flag, a woman “twerking,” a man shooting an assault rifle, herds of grazing cattle. As these powerful - and often disturbing - images are displayed, the singer woefully croons:

On the one hand, he is telling the Church that they don’t have what he needs: Who needs faith? “They’ve got a pill for everything.” Who needs religion? Christians are all liars and cheats anyway; everybody is just trying to sell you something. I have nothing to prove to you. I can only depend on myself.

Yet, at the same time - displayed both through the music video imagery and the singer’s tone of voice - it is as if he inherently knows that the kind of life American culture offers is not the answer either. His conclusion: the only faith we have is faith in us.

A little over a year ago, I wrote a blog piece reflecting on the rise of the “religious nones” -- that growing group of people who claim no religious affiliation. In 2012, about 19% of adults (and 32% of young adults) in the USA belonged to the religious nones; those numbers are only expected to continue to rise over the next decade.

In many ways, this is not surprising.

Some of of the initial suspicions that I had when I wrote that article in March 2015 were confirmed at a recent presentation at the Association of Nazarene Researchers and Sociologists Conference by Canadian sociologist Joel Thiessen. According to his research, many in his country feel that being a “good Canadian” means being non-religious: A “good Canadian” is polite, tolerant, respectful, and open-minded - all things that unfortunately do not characterize many modern Christian churches. Moreover, a “good Canadian” is one that is private about their religious beliefs, a trend that seems to go against evangelicalism’s call to pass out tracts and witness on the street corners.

Similarly, many Americans choose to be non-religious because they feel like “churches and other religious organizations are too concerned with money and power, too focused on rules, and too involved in politics” (from Pew Research Center, "Nones on the Rise"). They don’t believe that religion has the market on morality; they can still be a “good person” with a strong ethical stance even if they don’t attend church or practice a certain religion.

But who can blame them for thinking that way? If we are honest with ourselves, the Church has not done herself any favors. Over the course of the last 2000 years of church history, we have accumulated a shameful track record: crusades, indulgences, inquisitions, political corruption, imperialism and colonization, and an overall abuse of power. In more recent years, fundamentalist branches of Christianity have been the ones leading modern crusades against the LGBT+ community, scientists and intellectuals, and members of other religions.

To put it more succinctly, if it seemed that I only had a choice between no religion and a religion that lies, steals, and cheats - one that repeatedly covers up sex-abuse scandals, embezzles money from its parishioners, promotes bigotry and hate, is politically embedded and upholds an idolatrous nationalism - I think I would choose the “none” box too.

So is Portugal. The Man right?

Does the Church and religion and Christianity no longer have anything to offer the world? Do we not need a “Modern Jesus” to save us? Are these the only options we have?

On a more personal note, have I dedicated my life to Christ and committed myself to Christian ministry in vain?

I don’t believe so. In fact, I’m counting on the fact that I’ve not misplaced my trust.

Instead, I think there is hope to be found in the crucified and resurrected Christ. Or, to put it in the words of Paul, “if Christ has not been raised, then our proclamation has been in vain and your faith has been in vain.” (1 Corinthians 15:14).

I sincerely believe that the resurrected Christ offers something that neither the modern church nor American culture can provide. In those places where the Church has failed and America has fallen short, Christ can enter in and provide another way forward:

When well-meaning church goers try to enforce their rules and standards upon others, Christ breaks all of the rules and gives us a new standard to live by.

When the church becomes entangled with politics and carries a certain national agenda, Christ teaches us what it means to be citizens of heaven and live in a Kingdom not of this world.

When the church calls for violence against violence - “an eye for an eye and a tooth for a tooth” - Christ shows us what it means to lay our lives down.

When the Church allows herself to become defiled and corrupted, Christ loves her and cleanses her and makes her holy and blameless once again.

When the church causes hurt and pain and suffering, Christ comes in to offer healing and restoration.

When those in the church try to cry out, “You don’t belong!” Christ calls out to us, saying, “Come to me, all you that are weary and are carrying heavy burdens, and I will give you rest” (Matthew 11:28).

So I think the song is right: we don’t need no “modern Jesus.” Instead, we need the crucified and resurrected Christ, the one who shows us how to die to self so that we might fully live.