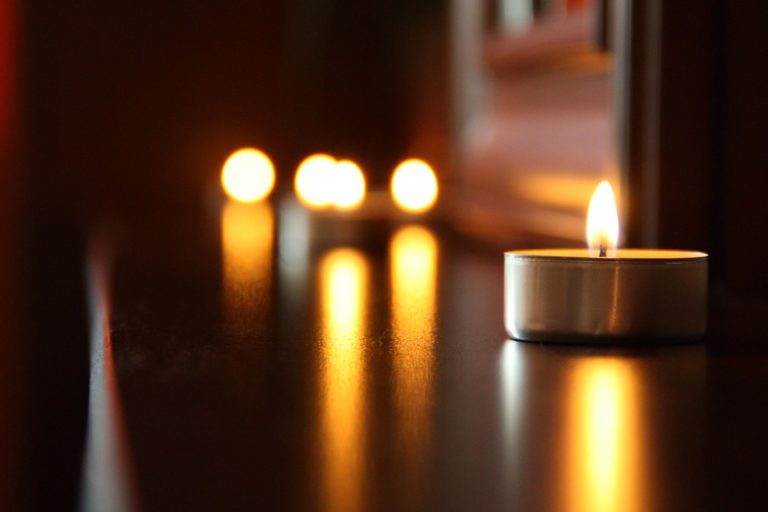 This post is part four of a five-part series, “Why I’m a Nazarene”:

I like to say that one of the biggest differences between Wesleyans/Arminians and our Calvinist brothers and sisters is our starting place:

The first point of Calvinism — the “T” in TULIP — is “total depravity.”

This is the belief that we humans are utterly sinful in every aspect of our being: our thinking, our emotions, and even our will. In other words, humans are incapable of righteousness on their own and are always inclined to choose evil.

The Wesleyan/Arminian response to total depravity is “prevenient grace.”

(Admittedly, the concept of prevenient grace is not unique to Wesleyans. Other faith traditions, including those in Reformed denominations, refer to this kind of grace as “common grace.” However, the main difference is that Wesleyans believe that prevenient grace enables and empowers humans to freely turn toward God. Calvinists do not attribute this same level of ability to common grace.)

As a youth pastor, one of my favorite parts of my job is to point out God’s prevenient grace at work within our lives and within our world. Most weeks during Sunday school, I ask my teens the question, “How did you see God this week?” In doing so, I’m trying to encourage them to look for God’s presence even in the ordinary and mundane:

That coincidence that you thought was just a happy accident — that was God at work! That song on the radio that spoke to you on a deeply spiritual level — that was God’s presence coming through the musician’s words! That important conversation that you were finally able to have with your friend — God had planned it all along! That piece of artwork that moved you and touched your heart — God had directed the hands and mind of the artist, if even on a subconscious level.

God is always at work “behind the scenes;” that is God’s prevenient grace.

Another difference between Calvinists and Wesleyan is how we view the image of God in humanity, or the imago Dei.

In my (admittedly imperfect) understanding, Calvinists tend to believe that the image of God within humans has been entirely corrupted by our sin nature to the point that it is unrecognizable and utterly disabled. The image of God can only be restored to humans through salvation in Christ and sanctification through the Holy Spirit.

In contrast, Wesleyans celebrate and cherish the image of God that is inherent within each human being — even before our salvation. Somewhere down deep inside every one of us is the spark of life that God himself breathed into humanity. As much as possible, we try to look for and bring out the presence of the imago Dei within ourselves and others.

Finally, one of the particular quirks about Nazarenes is that we hold such a high view of God’s grace that we believe it is fully transformative.

God not only forgives our sin, but he also makes it possible for us to overcome it and live fully for him! Through God’s great power and grace, our lives no longer have to be bound by sin and marked by constant struggle. Instead, we are able to be wholly devoted to God and live in holy obedience to him.

Even just the other day, Randy showed me an article written from a Reformed perspective on overcoming sexual sin. The author first discussed all the things that we need to do to eliminate sin from our lives: starve it by reading the Bible more often, call out sin for what it is, and extinguish sin by killing it and living lives of obedience. Only at the very end — almost as an afterthought — does the author talk about God’s grace in the process of overcoming sin.

While Nazarenes wouldn’t disagree that we need to read the Bible, name our sin, and live in obedience to God, our starting place would be much different. We would begin with God’s transformative grace and trust in the power of the Holy Spirit that enables us to overcome sin. We would first let God do his part, and only then concern ourselves with living into his grace and living out his image in our lives.

One of my favorite stories the whole Bible is Paul’s conversation with the Athenians on Mars Hill as recorded in Acts 17. In this passage, he says of God,

“His purpose was for the nations to seek after God and perhaps feel their way toward him and find him — though he is not far from any one of us. For in him we live and move and exist. As some of your own poets have said, ‘We are his offspring.’” (Acts 17:27-28)

Paul does several things in this speech: First, he acknowledges the pull that each one of has to do something better, to be a part of something bigger, to live for something more — that is God’s hand at work in our lives. Second, he points out that God’s presence is not far from any of us; in fact, it surrounds us! Next, he uses a quote from one of their own poets — an important piece of their culture — to point back to God. And finally, in saying that we are all God’s offspring, Paul identifies the image of God within each of us.

The story concludes with the statement that some of the Athenians joined with Paul and become believers due to his message. They left behind their lives of worshipping random idols and false gods and began following after the true God who created the world and everything in it.

“In God we live and move and exist.” That is how I think of prevenient grace. And that gives me great hope.

Authors Note: If in this piece I in any way misrepresented Calvinism or Reformed beliefs, that fault is completely my own. While I am unapologetically a Wesleyan, I am grateful for the perspectives of my Calvinist and Reformed brothers and sisters in Christ. Together, we form a more complete picture of God around the table of theology.