My Journey from Mourning to Healing 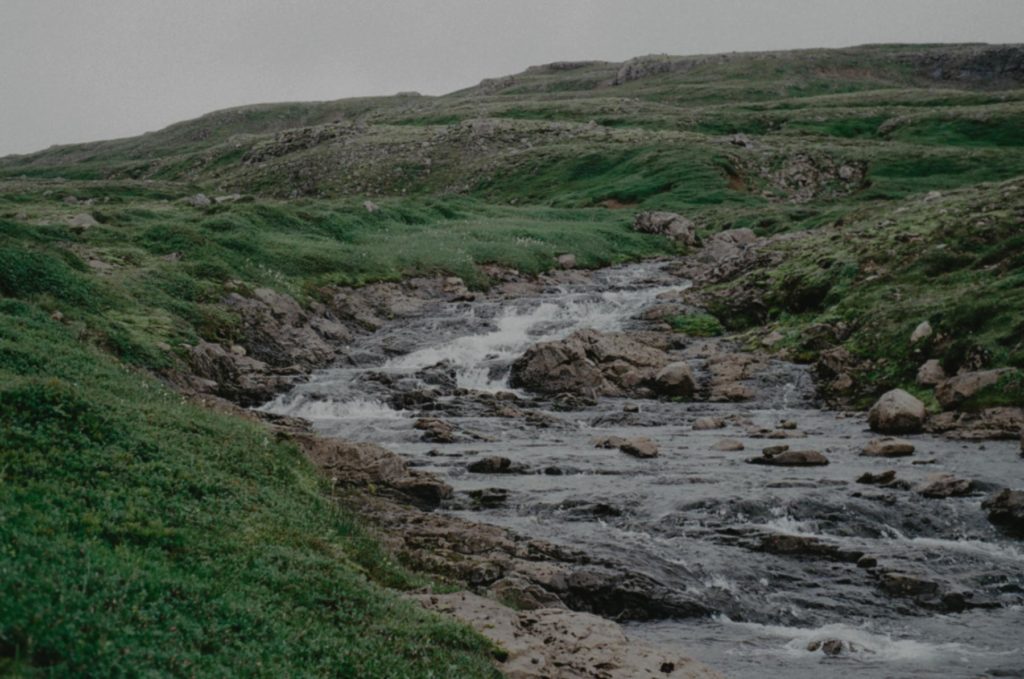 Earlier this summer, I did something scary: I resigned my position as a youth pastor. I took a step back from pastoral ministry and I left the role for which I had been trained and educated over the course of seven years. As any pastor can tell you, their vocation is more than just a job or a career; it is a calling from God. Because of this, over the past few weeks, I have had to process my transition away from being a youth pastor.

In many ways, I have even had to mourn the loss of my pastoral role.

I intentionally chose to pack up my office in the church on my day off, a day when no one else would be in the building. I shed many tears as I packed away my tomes of theology and various books on youth ministry. I wept as I carefully wrapped up my newly framed certificate of ordination, the one I had received only a few months earlier. I was grieving the fact that--for at least the foreseeable future--I would be “Pastor Shannon” to no one.

Similarly, in preparation for the last sermon I would share at my church, I went into the empty sanctuary late one afternoon to practice, a habit I had developed early on when preparing my messages. There, in the quiet and darkness, I sat in the front row and cried, knowing that the following Sunday would be the last time I got to preach to my congregation. Yet, at the same time, I felt an overwhelming peace that God had given me the right words to say in this final message to them.

In this time of loss and mourning, Barbara Brown Taylor’s Leaving Church has provided great solace and comfort for my soul. I resonated with her words when she writes,

“By leaving church, I was about to leave everything I knew how to do and be. I had no way of knowing whether my choice would turn out to be a good one, and by the time I discovered the answer there would be no going back.” (122)

Now, I am quick to recognize that I am still in ministry; it just looks a little differently these days. Instead of a pastoral role, I have taken on a more administrative position. I have a great job working in the global youth department for my denominational headquarters. I still believe I am daily fulfilling my responsibility to “to equip God’s people to do his work and build up the church, the body of Christ” (Ephesians 4:12).

But at the same time, I have recently had to deal with feelings of guilt and shame by taking on this new form of ministry. I worry what people will think of me: That I am neglecting my call. That I am not utilizing the gifts and talents God has given me. That my ordination was a sham. I even wonder if these imaginary thoughts might be right. I struggle with the guilt that I should be doing “more.”

It doesn’t help that when people find out that I was most recently a youth pastor, they inevitably ask, “Where are you serving now? Are you acting as a volunteer youth pastor somewhere?” I know they are well-meaning in their questioning. I don’t blame them for asking these sort of things. When I was a youth pastor, I would have jumped at the opportunity to have a seminary-trained, ordained elder serving as one of my youth sponsors or as a Sunday school teacher. Instead, in response, I just smile, shake my head, and try to explain that I am taking some much-needed time off from pastoral ministry right now.

I do hope to eventually plug back into a ministry role at a local church.  But I also know that I need to take some time away first: Time to heal. Time to be poured into instead of constantly being poured out into others. I’m viewing this phase in my life as sort of an extended sabbatical.

I admit that when I stepped down from being a youth pastor, I was not just poured out, but I was dried up, cracked, and parched. My even-brief time in pastoral ministry had left me empty and thirsty. I think if many other pastors were honest with themselves and others, they would admit to often feeling the exact same way.

But over the last month, God has graciously begun the healing process in my life, restoring my soul and pouring out the Holy Spirit into my empty places.

The Wednesday after we moved back to Kansas City was the first Wednesday evening since I was a sophomore in college that I did not have obligations at a youth group. Besides vacations, classes, or conferences, I had not taken a single Wednesday night off from youth group in nine years. That first Wednesday night, I did nothing…and it was amazing. I didn’t have any pressures or obligations or expectations. For the first time in a long time, I didn’t feel any guilt for missing church. It was a moment of healing.

The next Sunday, we visited one of the Church of the Resurrection campuses, where Randy works as a web developer. I was overjoyed to find out that the campus pastor was a woman, and I had tears as my eyes as she gave the pastoral prayer. I needed to hear a woman’s voice (that was not my own) lifting up a prayer for her congregation. It was beautiful, and it was a moment of healing.

Later that week, that same pastor called upon me at our house. We had a great conversation and she welcomed us back to the area. I could sense she meant it when she said she would love to have us visit her church anytime. As I closed the door behind her, I realized that this was the first time in my life that I had ever received a pastoral visit. Since I had never “church hopped” or been “a visitor” at a church, I had never received that same blessing and comfort that I tried to offer others in my pastoral ministry. It was a moment of healing.

The next week, we went to the church where I had previously served as a youth group intern. It was great to connect with old friends and see many familiar faces. But the highlight of the service came during Eucharist. I had the unique honor of being served communion by one of my former youth group students. He is a senior at MidAmerica Nazarene University and studying ministry himself. After the service, he said, “I’d love to stay and talk, but I have to go teach Sunday school!” What an amazing privilege it is to watch him fulfill his own call to ministry! It was a profound moment of healing.

And this past Sunday, after hearing a life-giving message on needing to be continually refilled and recharged daily by the Holy Spirit, the pastor gave the opportunity to come forward and receive a blessing and be anointed with oil. I had usually thought of anointing as something we only did for sick people. But as dozens of congregants came forward to receive the oil and blessing for their spiritual health, I was drawn to do the same. While this was not anointing for physical healing, it was indeed a moment of healing.

I realize now that I would have never experienced these moments of healing if I had immediately jumped back into another pastoral role. If I had been the one “in charge,” I wouldn’t have experienced the vulnerability of being ministered to by another.

While the uncertainty of not knowing what is in store for me next is scary at times, it has also been freeing. In this time of waiting, I am able to properly process my transition away from pastoral ministry. I am learning to set aside those feelings of guilt for not fulfilling some set of imaginary obligations. And most importantly, I am taking the time to heal and grow and be refreshed.

Instead of being “pastor,” I am allowing myself to be led by the ultimate Pastor and Shepherd. I am letting the Lord lead me to peaceful streams and green pastures. I am resting patiently as He restores my soul and renews my strength.