Moving Closer to the Center 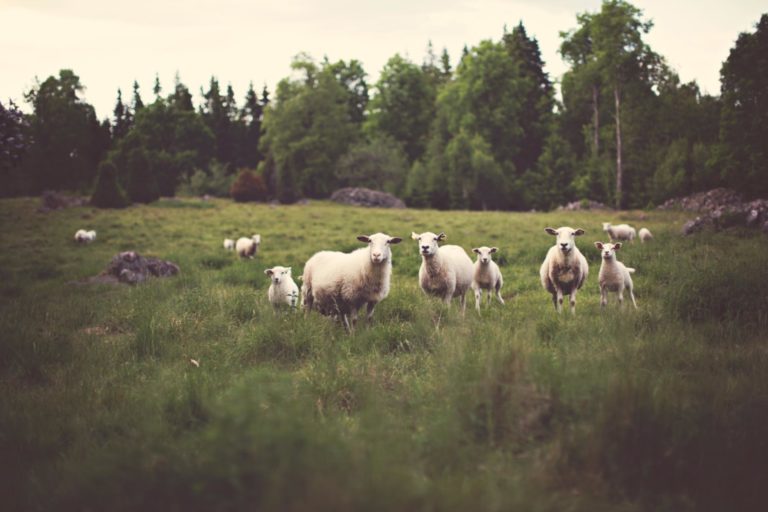 In recent conversations, I have been reminded of a way of thinking that I first learned about in college: bounded sets versus centered sets. While this article explains it much better than I can, essentially bounded set thinking is concerned about belonging to a certain group. This group has shared values and a common ideology, and people are either “in” or “out” of the group depending on how they stand on certain issues. Centered set thinking, on the other hand, also revolves around certain shared ideas, values, or principles that are placed at the center of a community. However, it is not so much a matter of who’s “in” and who’s “out,” but a question of how close you are to the center and which direction you are heading. Some people are very close to the center of shared ideals, but they are pointed away from it. Others are further from this center, but they are continually moving closer to it.

I first learned about bounded and centered sets when I was a sophomore at MidAmerica Nazarene University in Randy Beckum’s Intro to Christian Missions class. Before that class, I had usually thought of salvation as crossing over some imaginary line. At some point in your life, you say prayer and you go over to the “other side” of Christianity; first you were “out,” and then you were “in.” (And like the good Nazarene girl that I was, I believed you could “backslide” and cross back over to the other side. In other words, you could “lose” your salvation, and become an “outsider” again.)

To put it simply, I believed that Christianity was a bounded set dividing those who were saved and had “crossed the line” of conversion, and those who had not yet said some magical prayer. Those who were “in” were the ones going to heaven when they died. Those who were “out”….well they were going to a different place.

But, during that Fall 2007 semester, through our class discussions and our reading of Brian McClaren’s More Ready Than You Realize, I began to see Christianity less as crossing a line and more as coming closer to the cross of Christ.

I came to recognize that some people who had prayed that magical sinner’s prayer looked nothing like the Jesus I read about in the Bible, and others who had never undergone a crisis “conversion experience” at a church camp altar were living out the Kingdom more than I ever had in my entire life.

Christianity is not about jumping over some invisible barrier or crossing an imaginary line. “Now you’re out, now you’re in.” Christianity is about becoming more and more like Christ: following more closely after him, drawing near to the Father, embracing a cross-centered life, living out God’s Kingdom on earth as it is in heaven. When we place Jesus at the center of our thinking and practice, we become less concerned with believing a certain way, holding a specific set of ideals, or embracing a particular version of truth. Instead, we focus more on becoming like Christ.

In all this thinking of bounded sets versus centered sets, I could not help but be reminded of Pastor Scott Daniel’s sermon during the opening session at M15, a Church of the Nazarene denominational gathering held in Kansas City this past February.

In his sermon, Pastor Daniels began with an illustration of a group of farmers that successfully figured out how to keep their large herds of sheep from wandering away across the countryside. Instead of building miles and miles of fences, they built deep wells. The sheep never wanted to wander too far from those wells, their source of life-giving nourishment.

Then, speaking to a roomful of Nazarene pastors, professors, laypersons, and students, he said these words:

To me, that sounds a lot like centered set thinking.

He continued by saying,

Now that sounds a lot like our oft-quoted saying, “In essentials, unity; in non-essentials, liberty; in all things, charity.”

One of Jesus’ most famous interactions was at a well.

In John 4, Jesus met and conversed with a Samaritan woman at Jacob’s Well. By all accounts, in bounded-set thinking, this woman should have been “out”: she was a Samaritan, she was a five-time divorcee, she was an adulterer. She was an outcast, a reject, someone “over there.”

But Jesus did not send her away. Jesus did not treat her like an outsider. Instead, he engaged in a theological discussion with her. He valued her input and opinions. Ultimately, he invited her to drink deeply from the well of Living Water that only he could offer.

And at the end of the story, this “outcast” ended up being one of the first missionaries for Jesus. She went back and told her whole village to come out and see a man who knew all about her messed-up life and yet did not judge. “Come and meet this Jesus! Could he be the Messiah?”

When Jesus put himself in the center, many of those Samaritans who had been “kept out” for so long became believers, confessing that Jesus was indeed the Savior of the world.

Church of the Nazarene (and Christians everywhere, regardless of your tradition or denomination), my own hopes echo those reflected in Pastor Daniels’s closing prayer:

“In our time of fear, let our focus not become the fences that divide us. But may we always be a Church that focuses on the deep wells that have drawn us to new creation life in You.”