Since When is Being “Politically Correct” a Bad Thing? 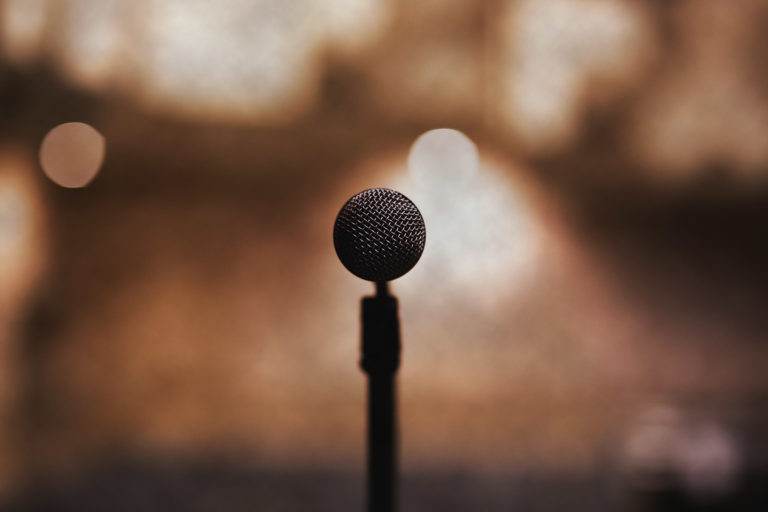 Politically Correct (PC): Avoiding language or behavior that any particular group of people might feel is unkind or offensive

In case you haven’t noticed, the United States is currently in the midst of a heated and polemic presidential race. Increasingly over the last few months, I have heard many people railing against what they deem “political correctness.” This rally against political correctness comes in a variety of forms:

The desire to provide more rights for the LGBTQ+ community and create safe places through gender-inclusive bathrooms is just part of a “politically correct agenda.”

The attempt to correct systemic racism and oppression through the #BlackLivesMatter movement is perceived as “whining” by “those Millennials.”

When someone is hurt or offended by another’s words, many cry out that the person is being “overly-sensitive” and needs to “grow a thicker skin.” They shift the blame onto the victim and dictate how that person should or should not be feeling.

This movement against political correctness is probably best demonstrated in the Republican party’s presidential nominee. A large number of Americans — including many evangelical Christians — favor and support Donald Trump precisely because he does not “fall into the trap of political correctness.” In the words of his supporters, “He tells it like it is! He isn’t afraid to speak his mind. We need more politicians like that.”

But in Trump’s effort to buck against the “PC culture,” he has repeatedly made misogynistic, sexist, racist, and xenophobic comments. He labels people as “losers” and “idiots” and makes violently suggestive “jokes” during his political rallies. He routinely speaks in sexual innuendo, even to the point of discussing the size of his and his opponents’ genitalia in a live debate. Yet he continues to be praised for not being “PC.”

Somehow, a convoluted defense of the First Amendment right to free speech has become a justification for hatred and ugly rhetoric. It seems that the cause against “political correctness” is really just about giving people permission to be jerks.

This got me thinking: I wonder what would happen if we all disregarded our socially ingrained speech-filters and constantly “said what was on our minds”?

Well, for starters, many of us would probably lose our jobs. A recent trending Twitter hashtag, #QuitYourJobin5Words, revealed what many of us really think about our bosses, co-workers, and clients. Of course, very few of us would actually say those things to our employers if we wanted to continue receiving a paycheck.

Or what if we said what we were thinking about our children? We understand that we could stunt their emotional, psychological, and spiritual growth if we told them the truth: that they were being annoying brats and in that moment we sort of hated them too. Any loving parent knows they should control their language and protect their children from the pain and hurt caused by damaging words.

While it may be fun to pretend and imagine the possible things we would say if our words had no consequences, most mature adults realize that abandoning our brain-to-mouth filters would ultimately leave us jobless, friendless, and generally disliked.

But why is this kind of behavior acceptable — and even applauded — for a potential President? Why is it encouraged and celebrated by those in the anti-politically-correct tribe?

Despite the oft-quoted children’s rhyme, “Sticks and stones hurt my bones, but words can never hurt me,” I think we can all agree that words are impactful. What we say matters.

Moreover, as Christians, we are instructed time and time again in Scripture to watch what we say:

Now, I’ve often heard the counter-argument, “But Jesus himself wasn’t politically correct! He told things like it was!” Indeed, he called the Pharisees a “brood of vipers” (Matthew 12:34) and compared hypocritical religious leaders to “whitewashed tombs” (Matthew 23:27). He did many “politically incorrect” things such as hanging out with sinners, tax collectors, and women of ill-repute. And isn’t the gospel message itself “offensive” to many that hear it? (Galatians 5:11)

But notice who was always the target of Jesus’ so-called “political incorrectness”: the people in power. He wasn’t afraid to step on the toes of the religious leaders, the Romans, or the Jewish zealots. But when it came to the oppressed, outcast, and marginalized, his speech was always characterized by compassion, mercy, and kindness.

The ultimate scandal or “offense” that Christ calls us to is to die to ourselves and to our own selfishness. His nature challenges us to regard others as better than ourselves (Philippians 2:3). If that is our goal, then the natural outcome is speech that is marked by love, patience, gentleness, and kindness. Politically correct or not, having that kind of attitude will make us all into much nicer people.

And if all else fails, let’s at least try to live by that pithy statement that a certain rabbit friend taught us, “If you can’t say something nice, don’t say nothin’ at all.”